A paper on two our pink disco finds published

Ascomycete.org has published our paper about two rare pyrophilous Discomycetes recorded for the first time in Siberia. These species connected with the post-fire habitats and therefore (and probably from other reasons) are rarely met. There was a few collections before made in European part of Russia and in the Far East. New data to the ranges of species and their ecology are reported thereby. Two species are close in morphology. Indeed, we mixed up identifications ourselves at first (P. rubra was identified as R. rosea and vice versa). This thing needed clarity, and we tried to picture and describe the distinguishing characters. We also tried to cultivate P. rubra (imagine what fun it would be to have beds of bright pink apothecia growing in your garden:). And although the species refused to produce the teleomorph in artificial conditions, the anamorphic stage was easily growing and was described. This publication may by a very small contribution to the study of hundreds of rare and poorly known species in the region, but these beauties deserved it, i believe. 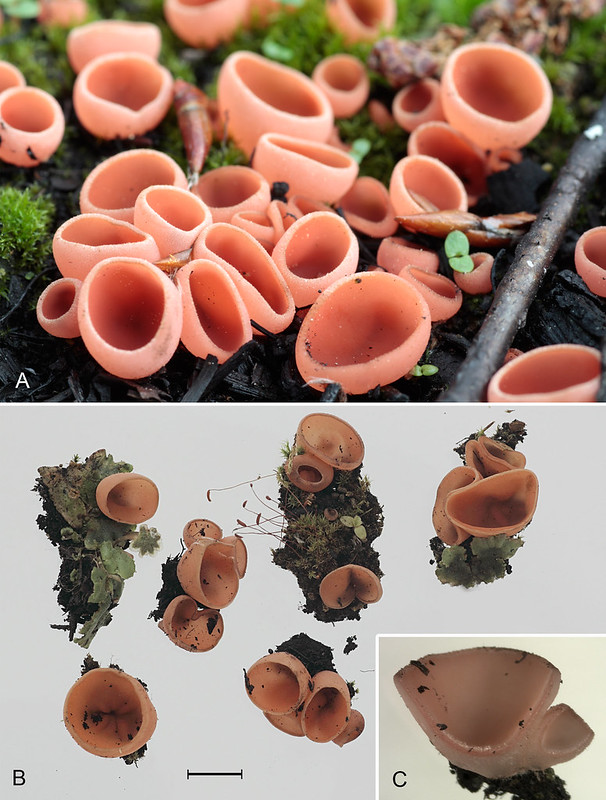